At Datawax we were delighted when our sponsored athlete Millie Knight picked up Silver in the 2018 Paralympics. We wanted to catch up with Millie and see how things have changed for the nineteen year old, and what the future holds after her latest victory.

Millie first put on skis aged six, around the time that she started to lose her sight. At twelve Millie joined the British Disabled Ski Team and has gone from strength to strength. Describing her and guide Brett Wild, a submariner with the Royal Navy,as 'a team'the duo are adding to their growing number of medals.

Due to sustaining a severe concussion, Millie faced difficulties in maintaining her training regime:

‘My confidence was knocked, I had a lot more fear than I ever had. It was more mentally than physically and it took about nine months to start to feel myself again. I wasn't able to train, because I was so ill, but I tried to do light gym sessions'. 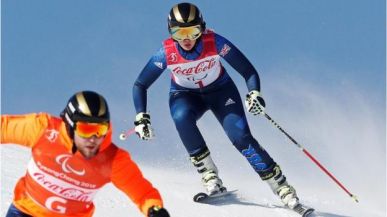 Despite the setback, the team were able to triumphantly land the downhill Silver, which trainer Amanda Pirie considers as 'their best performance of the year' praising Millie's 'determination and ability to rise to a challenge when it matters'.

With Millie being a long time user of Datawax, 'always, in all of my races', Pirie also credited this as helping the team get the winning edge having 'selected the perfect wax for the temperature and snow conditions to give Millie and Brett a great competitive advantage'.

Describing the reaction of bringing the medal home to the UK as 'amazing', Millie is also finding a growing number of supporters internationally who were happy to help her celebrate:

'On the plane home from Korea they turned the flight into a bit of a party. The stewardesses were dressing up in outfits and it was quite funny. The reaction has been fantastic!’

After an exciting year, Millie and Brett are now setting their sights on more challenges and more competitions in the very near future:

'At the moment I am concentrating on my fitness and building back up my strength and then we'll be stripping back my skiing and taking it all the way back to the basics and starting again and getting rid of any bad habits. It's the World Championships in March and that's what we're aiming for in the short-term’. 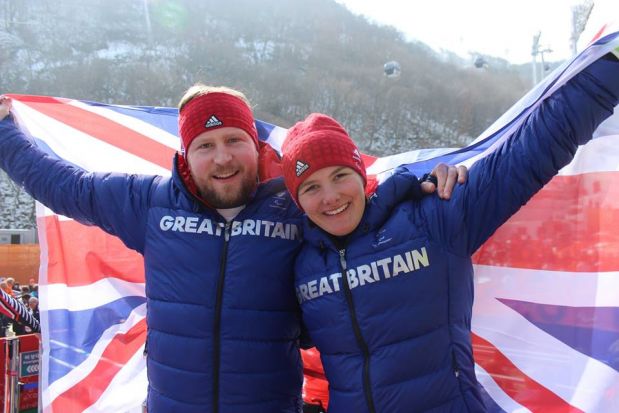